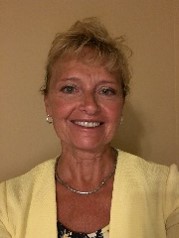 Sherree began her career at AUB in the Power Division under Alford Bennett who was then the Engineering Superintendent. She spent her first 10 years in the division before transferring to the Gas Department in 1992 as an Engineering Tech under the leadership of Lonzo Lamb. Bob Ingram came to AUB as Superintendent of Gas in 1999. He passed away in Jan. 2007, and Sherree was interim superintendent until she took over the division in March 2007.

Sherree stated, “I could not have asked for a better group to lead in the Gas Division. They do an amazing job every day and have been a true joy to guide.”

On top of her daily tasks at AUB, Sherree has been very active in the community. She is a current Elder and the bookkeeper for Mars Hill Presbyterian Church. She has served on the board for the McMinn County Humane Society, is a current board member for the Tennessee Gas Association and last but not least, has played a key role in the Optimist Club since she joined in 2009 serving as president and is the current treasurer.

Although we are sad to see her go, Sherree is looking forward to her retirement days ahead. She plans to spend her free time with her husband Danny, sons Daniel and Matthew, and her grandchildren, Zac and Wesley.

“She has been a valued employee here at AUB for over 39 years and she will be missed on both a professional and personal basis. I want to personally thank Sherree for all of the work she has put in at AUB and her many accomplishments over her long career here as well,” said Eric Newberry.